Half Way Through The Challenge 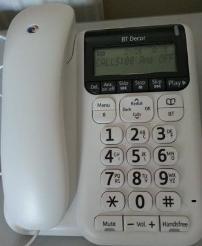 Not yet – but not far off. Both are examples of “just a little job” that turned into two mammoth tasks that have dominated the week.

I find it's so often the way that, in Internet Marketing, something that seems “just a little job” to someone who knows what they're doing, can take me a whole week. But this time, the challenges were off-line.

The nice news was that my son and his fiance wanted to leave their dog Bailey here while they went away. For some reason they always ask if I'll look after him, but in fact it's a real treat for me. However, I decided I should combine the pleasure of his company with renovating the garden bench that was looking very sorry for itself.

I thought it would be an afternoon's job that I could mix with playing “ball” with Bailey (I know you want to see Bailey, so there he is on the right), 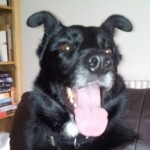 but by the time I'd explained my plans to Matt (he's an excellent DIY-er and I am NOT) the job had escalated to the point that it would probably have been cheaper to buy a new bench.

But, it's a nice-looking bench, and it would be a crime to just throw it away – and anyway, how to get it thrown away?

Optimistically I started it on Wednesday, and have been doing a stage every day until now, Saturday evening, and it's still only had the first coat on the wooden seat. So I can't show you that as something I've achieved this week:-(

On Thursday, Matt, Elke, Bailey and I went out for lunch, and on our return “man digging hole in the road” announced that “someone” had cut right through the mains cable and left me without power to the house, and of course, the PC.

Matt and co left, at which point I would have had a big catch up of work – but without power that wasn't going to happen. (I caught up on phone calls instead, so the time was well-spent.)

Unfortunately, when the power came back, somehow the answerphone seemed to have been fried and I couldn't coax it back into life. Given that it was about twenty years old, I decided to splash out on a new one.

That turned out to be a challenge in itself. My 5 minutes of research turned into a couple of hours as I made my list of features I wanted and those I didn't want. For those of you wondering why I didn't get a “walk-about” phone – I have one, and I'm sure it gives me a headache. I like a nice old-fashioned “corded” phone and that's what I've ended up with. See picture above.

Online shopping is a mixed blessing – I read so many totally conflicting reviews on my short-listed models that I ended up completely confused, got in the car, queued for 40 minutes to get into the local shopping center and finally picked one at random that I'd not read anything about. By some great luck it has all the features I want and (so far) none of the horror stories I'd read about in the reviews.

“Set up and go” proclaims the box! I'm sure you would in ANY environment but my home/office.

The tangle of connections of two phone lines, Internet, 5 computers (yes 5) and goodness knows what else is the stuff of nightmares. All with cables and connections cunningly tucked behind cabinets that are really too heavy for me to move.

However, stubbornness (and embarrassment about the swathes of dust behind said cabinets) spurred me on and after THREE hours I had all my office furniture back in place, two phones connected, one at each desk, and (with luck) all vital services back in place. The price of the answerphone in money – £29.99. In time and strained muscles – OUCH.

The business lesson from this (you hoped there was going to be one!) is never under-estimate the list of sub-jobs and complications that can arise from “just a little job”.

Did I achieve anything Internet-based? Well…

I did have a mini-upsurge in sales of my Hair Mineral Analysis test, so it looks as if some of my initiatives are starting to pay off. Trouble is – I don't know how I got the sales! And I suspect that “adding tracking” will be “just a little job” that will turn into another mammoth task. Please make any suggestions for tracking sales as comments below – I'll add them to the ever-growing to-do list.

Currently “add more content” and “throw enough mud at the wall and some of it will stick” are my tactics!

Other highlights of the week are:

The Week in Summary

Finally, my update at the half-way point of Sue Worthington's Fanpage challenge. Day 15 of 30 has just finished. Today's results are:

Growth has slowed down this week, but that's because most people started off and did their “Likes” in the early weeks, so it's only to be expected.

We're now more into the “generate engagement” phase – to coin a phrase. Some people have dropped out, which always happens, so some contacts I had high hopes for have drifted off onto other things. That just means that the people who remain active are the real stayers, and most worth-while keeping in touch with. Some participants have fallen behind, but have been in touch to say they are working hard to catch up.

Even though we started three weeks ago, you can still join if you wish and work through the materials at your own pace. Join the Fanpage Challenge here. 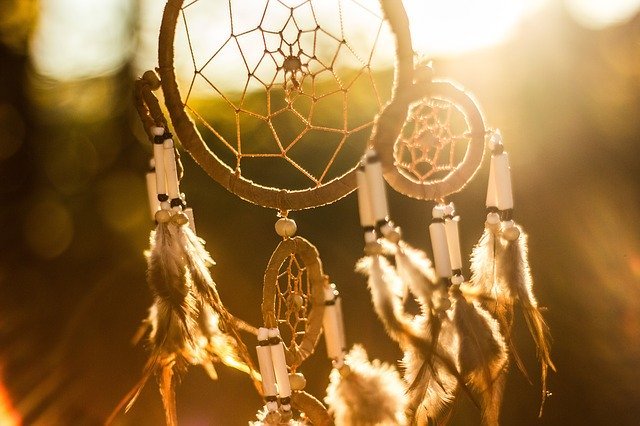 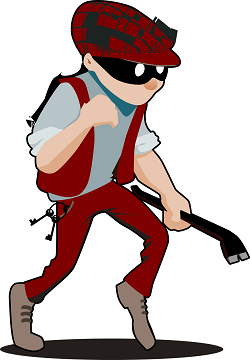