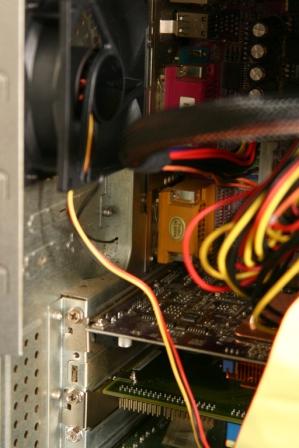 Shooting From The Hip

There's nothing like a family member to give it to you straight…. especially a younger one!

My son was visiting from Spain – first time I'd seen him in almost a year, although we keep in regular touch by email / phone.

He's the computer genius, so of course I'd saved up some technical jobs to keep him from getting bored. That meant going into my office – the inner sanctum of chaos that no-one is allowed in, especially my lovely cleaning lady, because “her vigorous dusting” dislodges cables, I've found to my cost. The consequence of this is that it's (organized) chaos.

First off, Russ took the vac to the fan on my PC and sucked a clump of dust out, after which I have 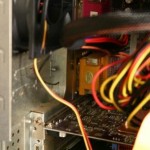 to confess it ran more quietly. Please don't take that as a recommendation to start hoovering out your PC – no responsibility accepted – that was a “Don't try this at home”!

Then it was the rest of my office that took his eye….

“Mum, when you pop your clogs, we'll have to demolish this place!” he said. “Stop hoarding stuff.”

Well… although it came across a little brutal, he has a point I suppose. My other son, Matt, says that amid the chaos I can find any requested bit of paper (or computer file) within 30 seconds – but I know that he sneaks into the loft when he thinks I'm not looking and “prunes” some of my older files.

When Russ left to go home, I was sad. I won't see him again until Christmas, and I was watching the little plane on the live flight tracker take him further and further away from me. I couldn't settle down to work until I knew he was safely landed – and I knew he had a long drive after the flight too. So I was “mooching”, and – it's fair to say – I was brooding a little about his words, and the thought of my two sons going through “everything” and saying “What on earth was she thinking of, saving all this rubbish?”.

So I decided to show him I'd listened to what he was saying… and to pass the time until I heard he was safely home, I started clearing out my office.

After several hours of huffing and puffing, running up and down stairs, I'd accumulated a big blue bin full of paper (we recycle paper in blue bins where I live) – and the proof is in the photo at the top of the post. It was collected this week, and it was so heavy I could hardly drag it to the side of the road for collection.

I'm afraid to say much of it was Internet Marketing training courses, lovingly printed out – but, it has to be admitted – not as well implemented as they should have been. So they had to go! What training courses have YOU bought, and not implemented?

THEN – the really serious stuff, I started clearing out old books…. and, as a book-lover, I find that tough. However, the majority of the ones to go have been those from the days when I was a nutritionist, which I haven't pursued for several years now. If I want to know anything health-related these days I tend to Google it, and so do my potential clients, which is one of the reasons I stopped offering the service!

I couldn't bring myself to “bin” all my lovely books, so – while I was still feeling brave – I advertised them free on NextDoor.co.uk, a local community site where we can interact with people in the neighborhood, and ask for recommendations, form groups, publish events – or even give away free books.

Within 24hrs of me placing the advert a very nice lady came to collect them. She's a complementary therapist and loves reading books about health and well-being. So they've gone to a good home.

As for me – I feel SO MUCH better for my decluttering! It's not the end, more the beginning – there's still a big pile of files to be cleared out, but they're confidential papers, so need more careful handling.

However, my “decluttering” has marked a change of attitude in me and a determination to get rid of clutter in my life and in my business so that I can focus better and achieve more.

Of course, I didn't throw absolutely every book away… I kept some favorites on my shelves. Whether I'll ever get round to reading them again I'm not sure, but they were just too good to throw away.

Which bring me to a coincidence – or is it?

So, of course I had to pop over and check them out (and you should too).

Amazingly, the top two of James' top 5 books list are two of only a single shelf's worth of books that were spared from my cull. (On James' recommendation I also bought one of the others on his list, and I already have another one of his list – but that's an eBook.)

Another favorite book of mine that was spared the cull was Stephen Covey's “The Seven Habits of Highly Successful People“. I try to practice the seven habits but it's probably time for a re-read, I can't remember if regular de-cluttering was one of them!

It's a great read, and I highly recommend it, and James' top 5 books for bloggers, to you. 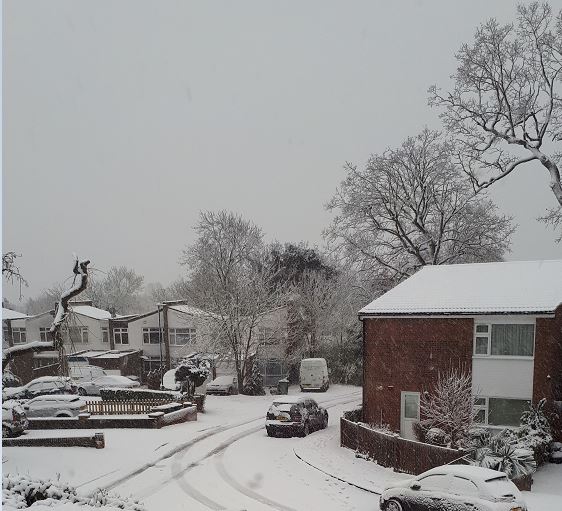 Snow In Harrow: So Counting My Blessings 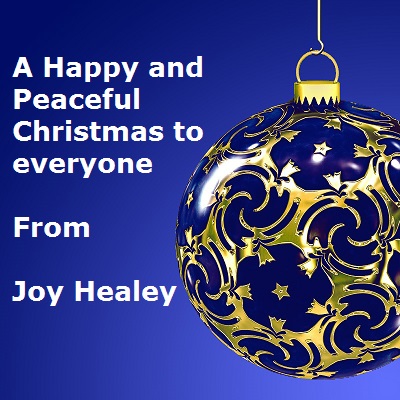